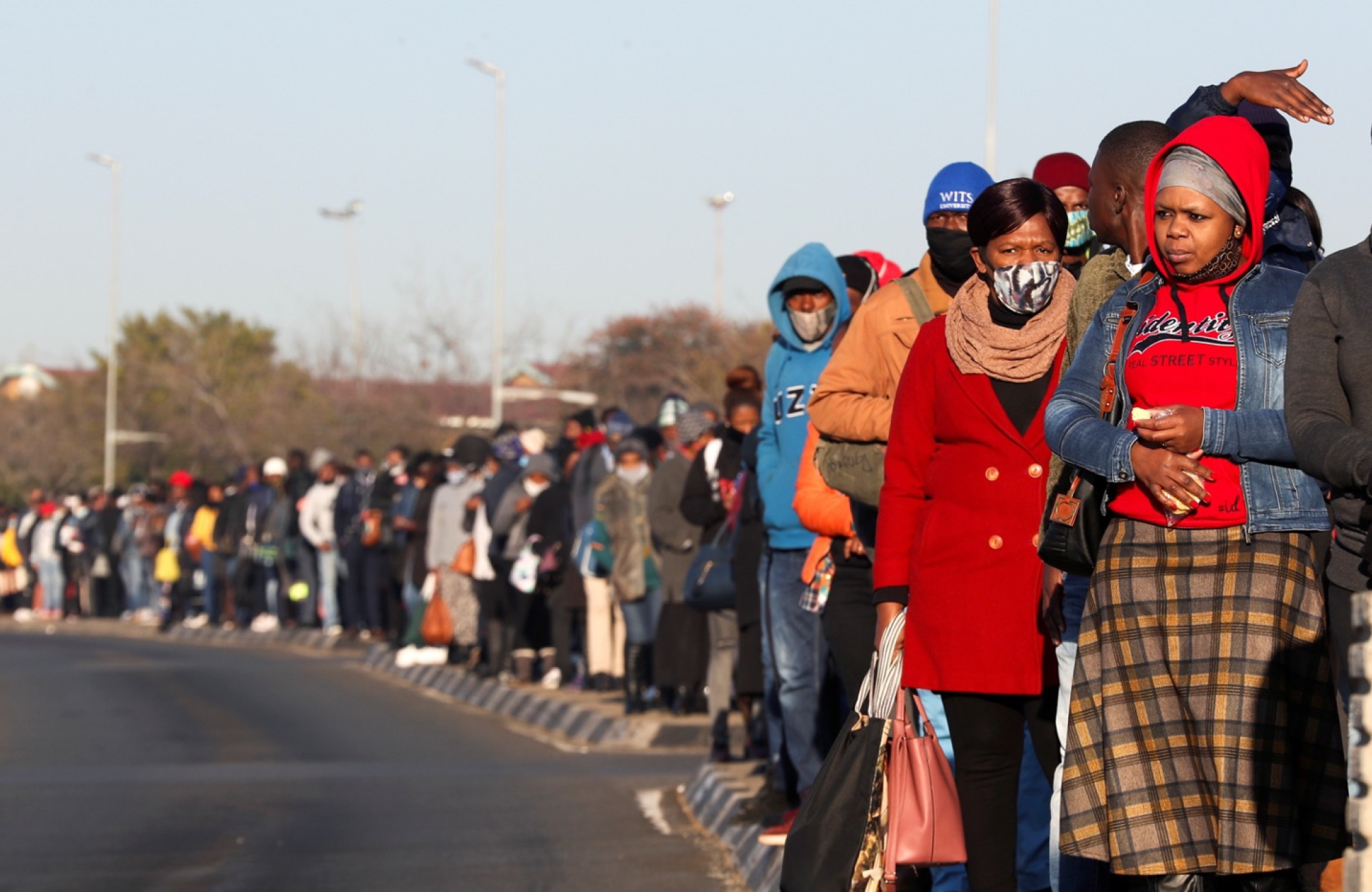 Through an advising partnership with the Project Management Office in the South African Presidency, we have worked to make evidence-based recommendations on the best policies to mitigate the recent spike in poverty and unemployment in South Africa. We have compiled a series of detailed policy working papers that were shared with the South African presidency on the design of policies that reduce poverty and unemployment, including emergency poverty relief during COVID lockdowns, the longer term design of the social grant system and employment tax subsidies.

Our work has informed the biggest expansion in the social safety net in South Africa since the early 2000s. Based on our advice, the South African government rolled out a new monthly grant which has been reaching up to 10.5 million unemployed people. Between March 2020 and June 2022, the government spent an additional ZAR 97.5 billion (£4.87 billion) on support for the unemployed and the poor based on recommendations made in our reports. In October 2022, our report on grant design influenced the National Treasury decision to allocate an additional R52 billion to extend the relief of a distress grant targeted at unemployed working age people until March 2024.

To date our team at Oxford have produced four policy briefing notes, often in collaboration with colleagues at Duke University or the Southern Africa Labour and Development Research Unit at the University of Cape Town. These reports detail the reviewed evidence or conducted simulations on questions identified by the PMO and have been used in key decisions by the presidency and circulated widely in government, including to the President, cabinet and decision making structures responsible for social protection.

Evidence on how best to provide emergency relief to people who are unemployed and in poverty.

Alongside the Southern Africa Labour and Development Research Unit at the University of Cape Town and the Institute for Economic Justice, as well as the Pay The Grants coalition of civil society organisations and trade unions, we lobbied the government to change the mode of delivery for emergency relief from food parcels to cash.

Permanent grant options for the unemployed that could replace the emergency poverty relief measures adopted during the pandemic.

Based on our recommendations, government set up and then extended a new emergency cash grant for the unemployed from May 2020, titled the Social Relief of Distress Grant (SRD). This was initially designed as emergency relief during lockdown, but, based in part on our recommendations, was extended to March 2023 while consultations occur on a longer-term system to support the unemployed.

Evidence on how to target grant funds to reduce unfair exclusions and to support a package of job search support services accessible when jobseekers collect their unemployment assistance.

Based on the recommendations in our report, on 26 October 2022, National Treasury announced that the SRD would be extended until March 2024, with an allocation for up to R52 billion for the year.

Based on the policy note produced by the team, the government committed to redesign the ETI and increase the amount spent on the policy by ZAR 2.35 billion (£120 million) per year.

Our work with the South African presidency was recently recognised with the Vice-Chancellor’s Innovation & Engagement Awards. This prestigious award is granted to celebrate research undertaken at the University of Oxford that makes a positive difference to the economy and society.

We recently received an Economic and Social Research Council Impact Acceleration Account award for impact work related to the scaling up of an intervention to help workseekers signal their skills to employers and find jobs. This work is covered in our reports, above.

Summaries of research frontier studies but aimed at policy audiences:

Newspaper Op-eds: The Mail and Guardian